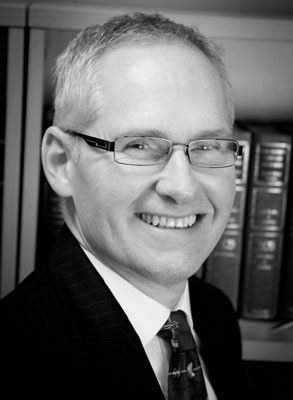 James specialises in Dispute Resolution and sits as a Deputy District Judge.

In his spare time James enjoys breeding pedigree Belted Galloway cattle on his farm and looking after his 1928 Calthorpe Ivory Motorcycle. 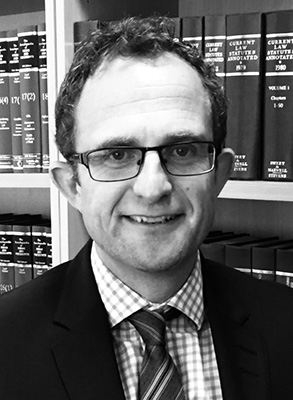 Duncan completed his law degree and legal practice course at Leeds University and qualified as a solicitor with Crutes. Duncan obtained his STEP qualification in 2010 and specialises in, Commercial & Residential Property and Private Client.

He is a keen sportsman and enjoys playing Golf and Tennis. His sporting heroes are Seve Balesteros, Martin Johnson and George Best. His favorite colour is blue and he feels that 7 is a lucky number for him.

Duncan has an eclectic taste in music, and enjoys listening to The Beatles, The Smiths and The Stone Roses. His musical heroes are John Lennon, Johnny Marr and John Squire.

When he’s not playing Golf or Tennis, Duncan enjoys going to gigs and looking after his family. 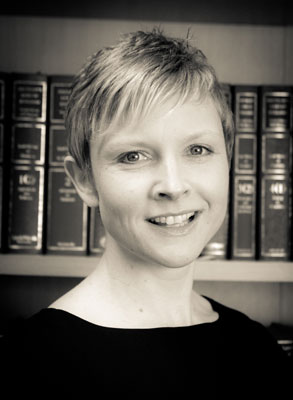 Claire completed her law degree at Hull University and completed the Legal Practice Course at York College of Law. Claire joined Crutes and transferred to Bell Park Kerridge with James and Duncan in 2000 to complete her training, qualifying as a Solicitor in 2001. 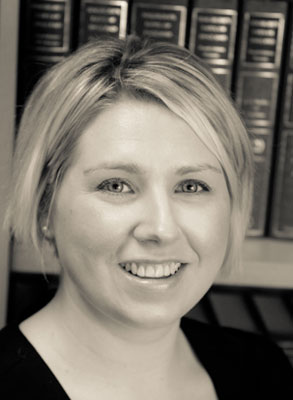 Natalie originally completed her degree in Geography in 2006 at Lancaster University, she then undertook her Graduate Diploma in Law and Legal Practice Course at York College of Law. Natalie initially began her career with Bell Park Kerridge 1996 working throughout the summer months, starting her formal training with the firm in 2008 qualifying as a Solicitor in 2010.

Natalie specialises in Employment and Litigation and Licensing.

In her spare time Natalie enjoys swimming, walking and spending time with her daughter, son and husband. 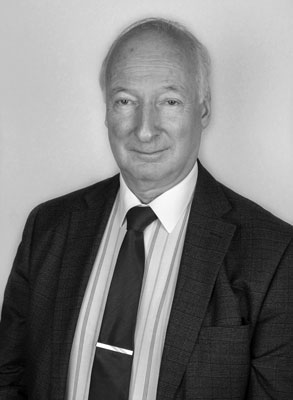 Rodney Blezard obtained an LLb (Hons) from London University before training as a solicitor in Carlisle. He subsequently worked for a number of years in the agricultural department of a well-known local firm before moving south to further his career.

Rodney specialises in agricultural law and is also an experienced ecclesiastical lawyer and an Honorary Member of the Ecclesiastical Law Association. His work includes dealing with the sale and purchase of agricultural property, farm tenancies, tenancy disputes, partnerships, succession planning and agricultural dispute resolution. He takes a keen interest in the development of the Single Payment Scheme. He also advises on matters relating to Chancel Repair Liability, overage, options and renewables.

Rodney is a member of the Agricultural Law Association and his outside interests include history, literature and architecture. He enjoys swimming, horse riding and fell walking. 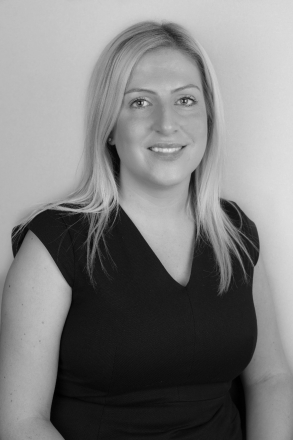 Sarah completed her Masters in Law at Northumbria University in 2014.

During her final year at University Sarah gained valuable real life experience through participating in the award winning Student Law Office where she provided free legal advice to the public.

Sarah joined Bell Park Kerridge in July 2014 before qualifying as a solicitor in 2016.

Sarah is currently working in our residential property department and the private client department which involves Wills, Lasting Powers of Attorney and Estate Administration.

In her spare time Sarah enjoys spending time with her friends and family, cooking and walking. 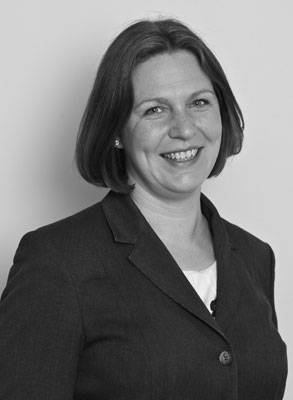 Rachel has worked in private client practice for over 20 years. Rachel is an Associate Member of the Society for Trusts and Estates Practitioners (STEP).

She specialises in Wills, Estate Administration, Powers of Attorney and Court of Protection.

In her spare time Rachel enjoys running, cycling, cake decorating and spending time with her friends and family. 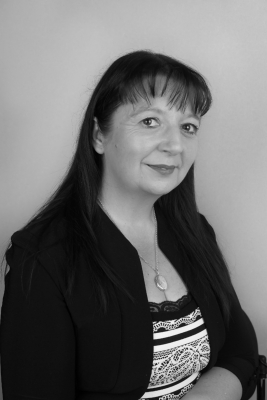 Pearl is originally from Lancashire and moved to Cumbria in 2003. She has a strong secretarial background and qualified as a Specialist Paralegal in 2014.  Pearl was keen to progress her legal career further and joined the firm shortly afterwards.

She went on to graduate from CILEx Law School in August 2018 and qualified as a Fellow of the Chartered Institute of Legal Executives in October 2019.

Now that Pearl is no longer studying she hopes to find time to pursue her love of choral singing as a First Soprano in local choirs, relaxing with afternoon tea and spending time with her family. 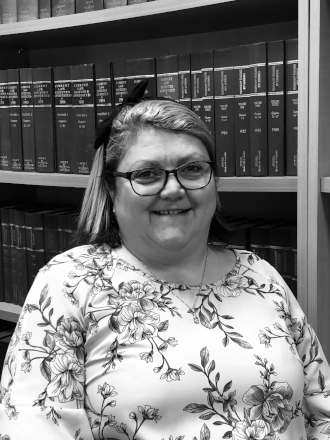 Anita started her legal career working at a Solicitors firm in Carlisle and qualified as a Chartered Legal Executive in 2001, having carried out all studies via the ITC Distance Learning Scheme.

She works within the Residential Conveyancing department and enjoys dealing with all types of land law with a particular interest in unregistered titles and adverse possession claims. Anita is also a member of the CILEx Conveyancing Specialist Reference Group.

Residing in Carlisle with her husband and chocolate Labrador, when not working Anita enjoys spending time with her family and friends, riding her horse Mayo, knitting and cooking. 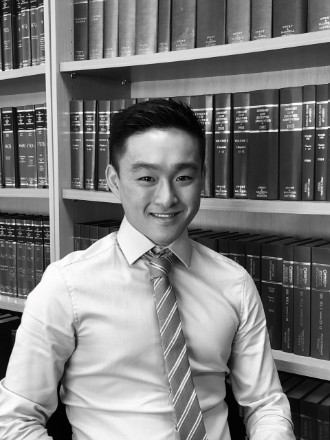 Vince started his training contract in September 2019 and qualified as a Solicitor in September 2021. He works in our Commercial and Residential Conveyancing Departments.

He previously completed his Masters in Law at Northumbria University. Vince is also fluent at speaking Cantonese.

In his spare time Vince dedicates a lot of his time into watching and playing rugby, otherwise you will find him eating. 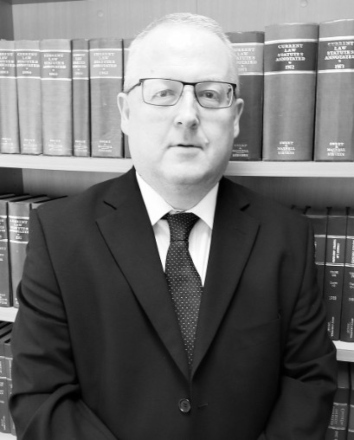 David joined the firm in June 2016 and is our Compliance Officer. Prior to this David had a long career with Clydesdale Bank including a spell in the Carlisle/West Cumbria area.

He is responsible for the numerous Compliance requirements needed for a firm of Bell Park Kerridge's size. In addition, David assists our Probate department.

In his spare time David follows Rugby (League and Union) and where time and travel permits Shinty at Newtonmore.

We require a Legal Cashier/Bookkeeper to work in our busy Carlisle Office on a full time basis (35 hours a week). Please see further details on the role in the Recruitment Section of the website (About the Firm).

Secretary and A Admin Assistant

We are looking for a full time Secretary (35 hours per week) to work at our Carlisle office.

We also require a  Admin Assistant to work in our Carlisle Office on a full time basis (35 hours per week). You will be required to carry out basic administrative duties.

For either vacancy please send a current CV and covering letter to Mr Duncan Carter, Bell Park Kerridge, Clifford Court, Cooper Way, Parkhouse, Carlisle, CA3 0JG or e-mail the CV and letter to him at dcarter@bpkcumbria.co.uk